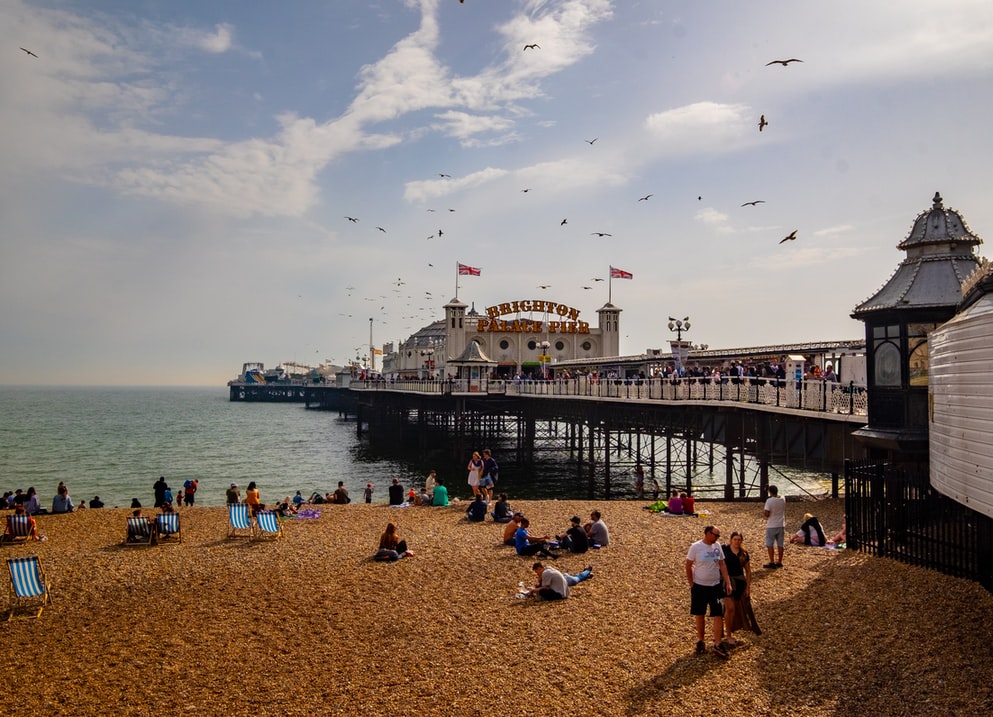 Summertime in the UK is something British people look forward too. As a country, the UK gets a lot of rain during the Autumn, Winter, and Spring too so people get very excited about sunshine and warm weather. But, traditionally, it still rains quite often in the Summer too and British people do like to moan about the weather as well as enjoy it. This post is about what a British Summer is like and some of the vocabulary and common things that happen.

It is a very common joke and often something that really happens. People plan a weekend trip in the UK and the weather is bad. Rain is common in the UK even during the summer and British people are well known for camping in the rain or even trying to have a barbecue. It is something Brits talk about a lot and almost expect to happen if they plan to go camping or away. In reality, the summers can actually be very warm and dry but the British culture of bad weather will always be talked about. It is very common to make a joke before going on a trip about the fact it will probably rain all the time.

British people are not used to the sun! Before skin cancer became something everyone was aware of it was very common for British people to go out in the sun on the first hot day of the summer and get sunburnt skin. Recently this is a lot less common but still plays a role in how British people think of summer, and they still make jokes about it.

Swimming in the Cold Sea and Stoney Beaches

The UK does have some sandy beaches, but they are not very common. Most beaches in the UK have stones that can be hard to walk on and even painful. The sea temperatures in the UK are also very low compared to many places in Europe and the rest of the world. Despite both of these things, Brits love to swim in the sea as soon as the weather gets warmer. It is very common for people to get in the sea for just a few minutes before they get cold and have to get out. British people love the beach but the beaches are covered in stones and the sea is very cold. Many people come from warmer countries and find it strange Brits enjoy the sea so much. It is part of a very traditional British summer to go to the beach and spend a day sitting on the stones and swimming in the cold sea.

If you haven’t heard of fish and chips then it is a very big tradition in the UK. Fish and Chips are eaten all year but are very popular in the summertime. People visit the seaside where there will often be many fish and chip shops to choose from. Fried fish with thick potatoes chips (fries) are eaten with tomato ketchup or something called tartare sauce. It is very common to have malt vinegar and salt on fish and chips too. If you order fish and chips you will be asked if you want salt and vinegar. You may also be asked if you want them “open” or “wrapped”. If you want to eat them straight away while walking around or sitting on a bench then open is the best option. If you want to walk somewhere or drive to eat them then having them wrapped will keep them warm.

While travelling may not be possible for many people right now a British summer holiday is a great way to experience British culture and to learn the language. 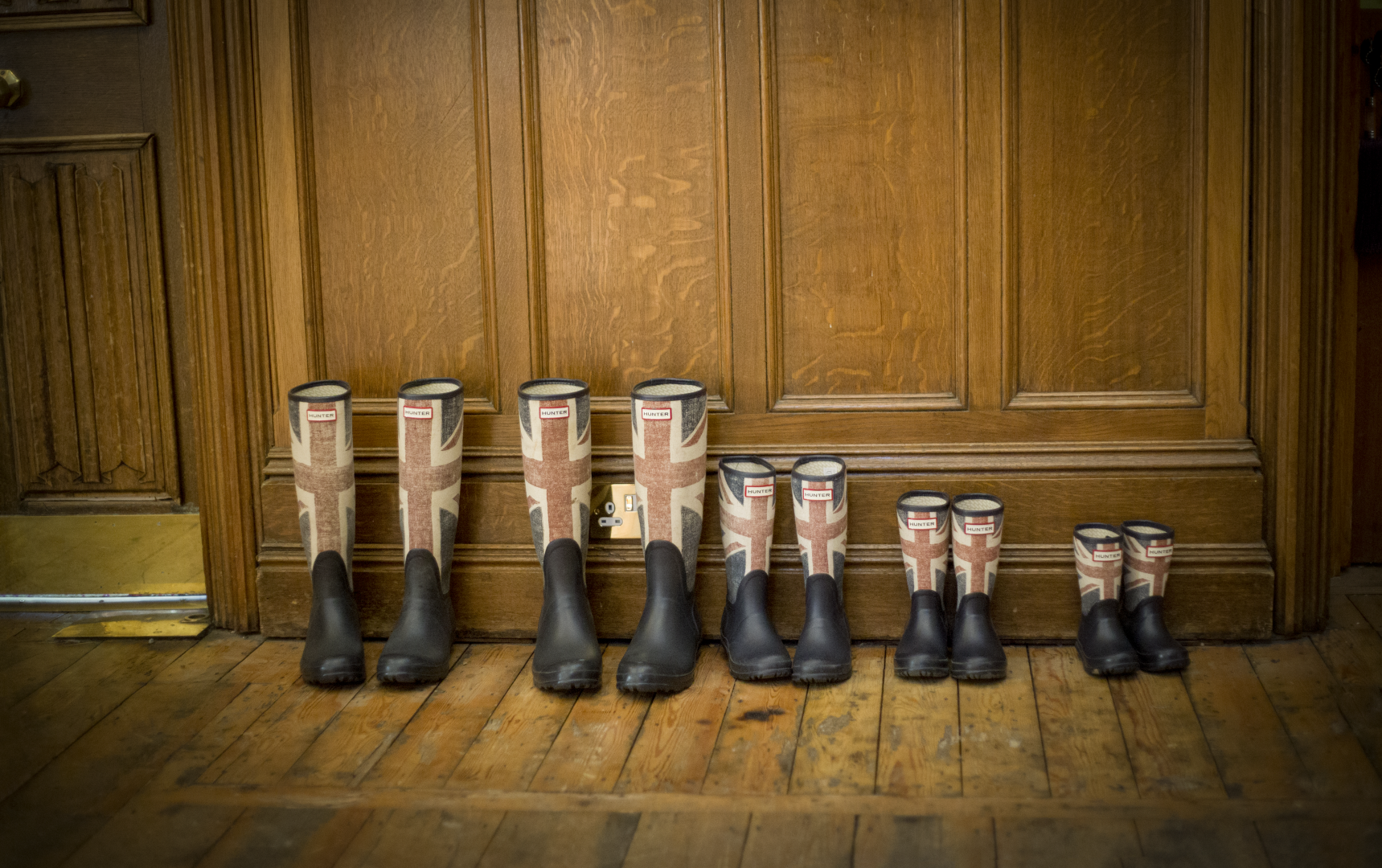 There are so many idioms and expressions embedded in the English language that it can be really difficult for a non-native speaker to get to grips with them all. But they are a regular and important part of everyday use, so it is good for learners to slowly build up their knowledge. Some expressions have origins that help them make sense, for others it is no longer clear where they came from.  Below are a few such popular expressions:

Bob’s your uncle – this is often compared to the French ‘Voila’. It’s an expression of something coming together, a bit like saying ‘there you have it’.

“I followed the instructions, put it all together, and Bob’s your uncle, I’ve got a new desk.

Taking the biscuit – when something or someone is being stupid or annoying or behaving badly. You strongly object to what is being done or happening.

“It’s bad enough that they want me to work Saturday, but now its Sunday too. That really takes the biscuit.”

Beat around the bush – to avoid or talk around something without getting to the main point.  This saying relates back to hunting, where hunters would beat the bush with a stick to try to get the prey to come out.

“Stop beating around the bush and tell me what you want.”

Biting off more than you can chew – taking on more than you can manage. You can imagine this literally – perhaps a big piece of cake that you enthusiastically put in your mouth but can’t chew or move because of its size!

“I think with this new job, he’s bitten off more than he can chew.”

Barking up the wrong tree – to be mistaken in your understanding or pursuing actions that won’t lead to the desired result. On a literal level, think of a dog who is barking at a tree long after the squirrel has run away!

“The police were getting nowhere with the investigation. I think they were barking up the wrong tree.”

Not the sharpest tool in the box – a less direct way of saying someone is not very intelligent. Being ‘sharp’ is associated with quick wit and being smart. The word ‘tool’ can also be used to mean a fool.

“He’s not exactly the smartest tool in the box is he?”

It’s all gone pear-shaped – when something goes badly wrong, or fails. The origins of this expression are not clear, but it is the sense of being misshapen or wrong.

“We were planning a lovely holiday, but it all went pear-shaped.”

Our online English lessons and courses are designed to help your speak English with confidence and also correctly. But we also know it is important to understand local sayings and customs in order to give your spoken English texture and for you to understand more about the culture of the UK and people from the UK.

The United Kingdom is home to many quirky festivals and celebrations. Burns Night is one such Scottish event that can brighten the cold winter month of January with a wee dram (a shot of whisky). An institution in its homeland, many Scots in England, and indeed English people, enjoy marking this unique event with its unusual menu and traditions.

The event is held on the birthday of the 18th century Scottish poet Robert Burns in recognition of his work and importance. Celebrations range from formal, highly traditional affairs to informal gatherings of friends. It involves many foods that are traditionally Scottish, and not commonplace across England in everyday life.  A traditional menu includes:

At a formal celebration, a bagpiper will play to welcome guests and there will be chairman or host leading proceedings. The host will make a speech to celebrate the life and work of Robert Burns and perhaps read some of his poetry. The haggis is the main dish of the night, and is often brought on a silver platter and everyone will raise a glass to it. There will be further traditional music, dancing with many men and women wearing Scottish kilts.

In less formal versions, people are just generally celebrating Scottish culture, perhaps playing some traditional music, enjoying a glass of whisky and a version of the menu. The evening ends singing one of Robert Burn’s most famous poems, Auld Lang Syne. This is also sung across the UK as the clock strikes midday on the 31st December, to mark the end of one year and the beginning of the next. 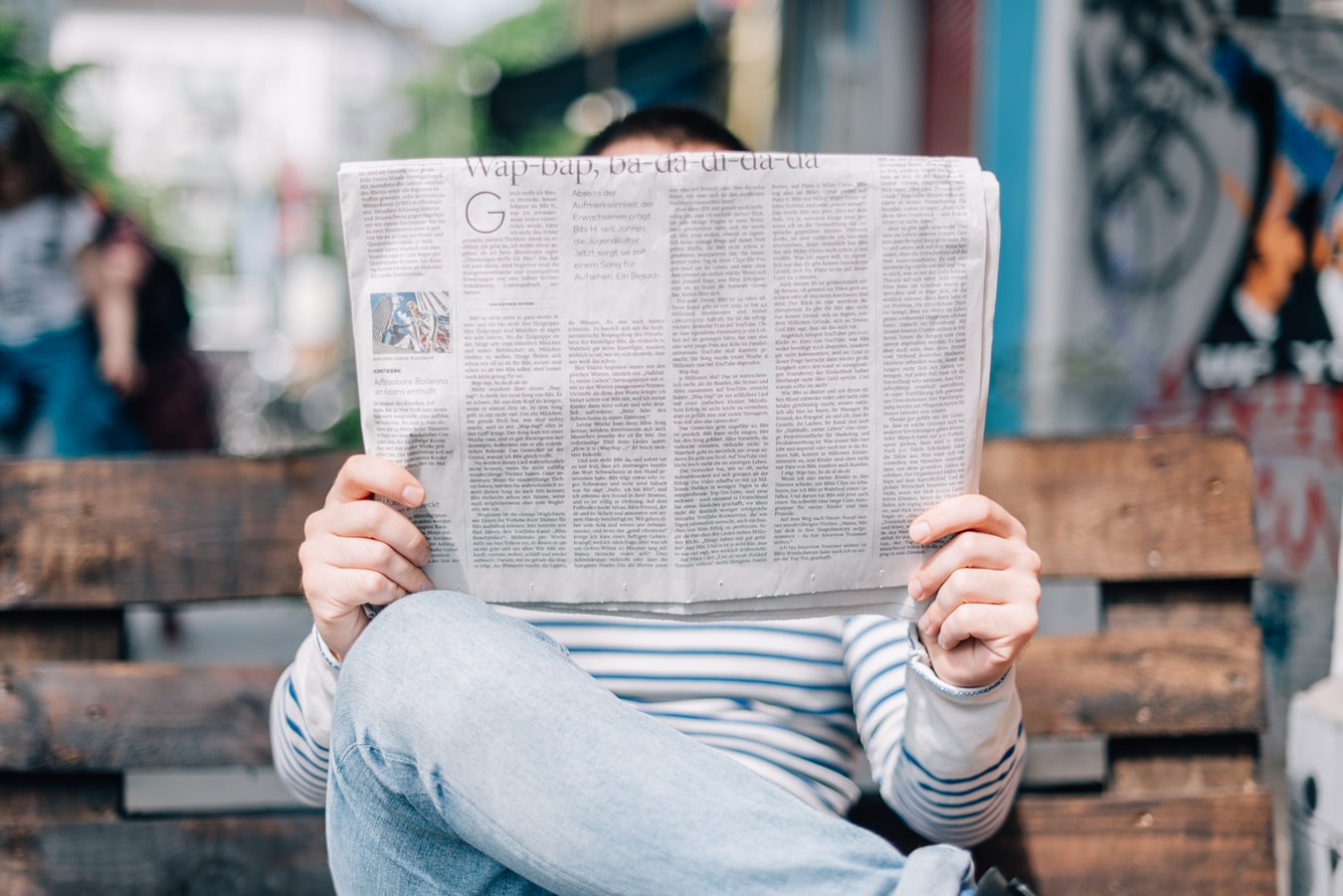 If you are learning English there are lots of different ways you can help support your English lessons and courses. Watching movies in English can be very useful and a great way to test yourself and be aware of different accents. Music can also be very helpful; trying to learn the words and practising English by singing but there is one more way you can use the media to help you and that’s by reading lots of online news. There are actually lots of reasons why reading the news can be useful so here is why!

News is a great way to read something interesting that will help your English. Reading phrases from courses and books can be helpful but it can also be quite boring. Keeping up to date with world news will help keep your mind engaged while you are also learning.

The news is a great thing to talk about and it is a great thing to practice talking English with. A good news topic can be perfect for people learning English to talk about together in English. If you are living in an English speaking country or working with English speaking people a news topic is a brilliant way to start a conversation and get some practice in.

Knowing what is going on in the world is very important. It is also very useful to be aware of news stories that affect the country you may be working or studying in. it can help you talk with friends, understand different cultures and it is also very useful if you are going for job interviews in English. Being able to discuss some basic news items in English can really make a great impression at an interview.

Even though the news is very useful and a great way to learn and practice English, we know it is not always easy. A lot of news websites have large articles with 1000s of words and this can be very hard to work through as an English learner. Even watching videos of news can be complicated if people speak very fast. But it is worth the effort and there are lots of different news outlets that have smaller articles that are easier to understand.

The important things to remember are

We have launched a new news service for English learners called News Flash. This fantastic new service provides news straight from Reuters who are one of the largest news agencies in the world. News Flash not only gives you simple, interesting and useful stories to read about and learn from it also includes a vocabulary test so you can actually score your learning while catching up on important news stories.